* In case of any delay in receiving the OTP, you may verify it later. Please proceed without verification.

Your mobile number is not registered with us. Please register your mobile no.

As a travel vacationer, you would certainly like to visit many historical destinations of Haryana and Karnal is surely among them. It is a beautiful city where every travel lover wants an excursion. But to travel this place, one question that could come into your mind i.e. how to reach at Karnal ? Worry not as this city is well connected with all the major transport ways - road, rail and air. The State Transport in Karnal provides economical, safe, reliable and efficient transport services to the people of this beautiful city and also to the tourists from different regions of the country. Thus, we are mentioning below the various transport ways in Karnal in which you can choose according to your convenience. 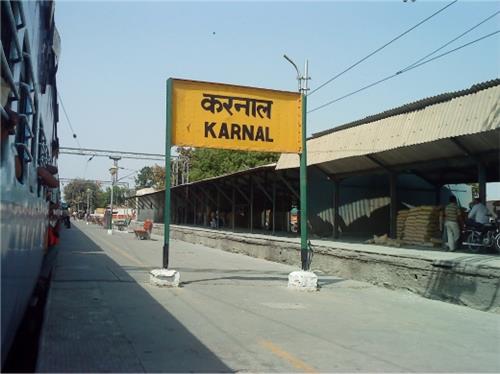 Like the road network, Karnal city of Haryana is also well connected to the important parts of the state and the country through the means of Indian Railways. The city has its Railway Station which was established in the year 1892 and it has been linked through railway lines with other important Indian cities. Karnal Railway Station is located on Delhi-Ambala-Kalka Section, which is famously known as DUK Line or DLI-UMB-KLK. This line links Karnal to Delhi , Ambala and Chandigarh via Passenger Trains, Mail/Express and Superfast trains.


Some of the major trains running through Karnal Railway Station are:

The city of Karnal is situated in between the state capital - Chandigarh (126 km) and the national capital - Delhi (123 km) on the National Highway (NH) 1. Thus, the city is connected to all the major cities of Haryana state. People take benefits from the frequent running state buses - Haryana Roadways - to commute one place to another. In fact, buses are the primary transport service in Karnal. Under the Haryana Roadways, Volvo AC bus service is also provided to the people with lots of facilities like low floor, mobile charger, FM Radio, pneumatically operated door, tinted glasses, curtains and deluxe type seats. These buses are perfect for the national and international travelers as they are not just comfortable but also enjoyable to travel. Apart from these buses, there are many private bus operators in Karnal who provide bus service to the daily commuters and also to the travelers.

Karnal city of Haryana constitutes an important part in Haryana state of India. Thus, it has efficient transport ways to assist the local, national and international travelers. However, Karnal does not have its airport for commercial flights but there is an airport in the city which is being used for General Aviation and Pilot Training. It is recognized as Karnal Flying Club or Karnal Aviation Club or Karnal Airport. In the year 1967, an airstrip was located in the city and since then this Flying Club has been running at this air field. Although, there have been suggestions for the last few years to use this airport for commercial purposes but no implementation has been confirmed so far. Nonetheless, Karnal Flying Club is also a part of Haryana Institute of Civil Aviation that imparts training and preparation courses to the Pilots with specific licenses such as private pilot license, commercial pilot license, student pilot license and glider pilot license. However, the travelers can use Chandigarh Airport (115 km) or New Delhi Indira Gandhi International (IGI) Airport, New Delhi (119 km).

The city of Karnal also has an efficient service of the local transportation for the inhabitants. Auto rickshaws are perhaps the primary means of such transportation as they can easily take you around the Karnal city and its adjoining cities. Some of them charged fare by meter system while some have sharing system of fare for the passengers. Apart from Auto rickshaws, you can also ride on cycle rickshaws, private taxis and cars to reach at your destination at negotiable prices. If you are a travel vacationer, then you can also take assistance of car rental service. There are many travel agencies in Karnal which offer car / taxi rental services along with attractive tour packages. Few of them are mentioned below: